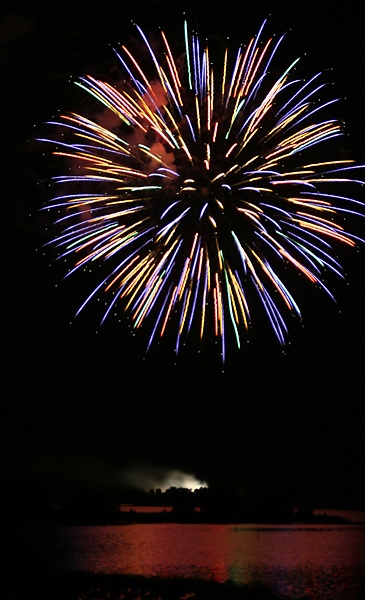 I have heard many pastors talk about New Year’s Resolutions. I’ve heard some say they are a great thing and some say they are a bad thing. We hear it all the time whether it’s from pastors, or friends at work, or comedians, they are always talking about making resolutions on the first, that we will break on the second. I know, I’ve said it myself.

But, let’s think about just what exactly a New Year’s Resolution is. It’s nothing more than a goal for the upcoming year, and without goals, we will never get anything accomplished. But, we’re not here to talk about what I think, or what popular culture thinks, so let’s look at what the Bible says about goals.

In Philippians chapter 3, Paul starts out, in verses 1 – 5, by talking about what he was before Christ. You see, before Christ Paul was the most religious person around. He was not only a Pharisee, but he describes himself as a Pharisee of the Pharisees. He was circumcised when he was eight days old, he was a pure-blooded Israelite, which was very important in his religious circles. He even says that he demanded the strictest obedience to the law, not just of himself, but of everyone else. He was even, so sold out for his religion, that he persecuted and even killed the Christ followers.

So, before Christ, Paul had some very intense goals in his life. All of his goals were about keeping with the teachings of his religion. I know that some are thinking right now, “Aha, then goals are bad.” But, Paul goes on from here to talk about his goals in life, after Christ.

In verses 7 – 11, Paul starts talking about his new goals, his New Life Resolutions, if you will. He says in verse 7, “I once thought these things were valuable, but now I consider them worthless because of what Christ has done.” Once he realized that all his old goals were worthless, he took a step back and set new goals. This is something we all need to learn from. Maybe you have goals for this next year, or maybe even goals for the rest of your life. Step back for a minute and determine whether these goals match up with God’s purpose, or if they are worthless. Because, if our goals don’t align with God’s purpose for our lives, then those goals are worthless. In fact, Paul says in the beginning of verse 8, “Yes, everything else is worthless when compared with the infinite value of knowing Christ Jesus my Lord.”

So, what new goals did Paul set? He sums up his first goal at the end of verse 8 when he says, “For his sake I have discarded everything else, counting it all as garbage, so that I could gain Christ.” So, his first goal was to throw out all his old goals and count them as garbage. The Greek word translated here as garbage, and in other translations as dung, is the word skubalon, which means, “any refuse, as the excrement of animals, offscourings, rubbish, dregs; of things worthless and detestable.” That’s how he looked at his old goals, so when we find goals in our lives that don’t align with God’s purpose for us, that’s how we need to see them, as skubalon. From the end of verse 8 and into verse 9 he says, “so that I could gain Christ 9 and become one with him. I no longer count on my own righteousness through obeying the law; rather, I become righteous through faith in Christ.” This should be our end game, our ultimate goal, to gain Christ and become one with Him! The Bible calls us the bride of Christ, and it also says that when two people get married they become one flesh, so that must be our goal, to become one with Christ. Now, I feel I need to say again that salvation is not about works, it’s about faith, but faith without works is dead. So, you will never be good enough to get to heaven, but if there is nothing to back up your faith it is worthless. James 2:19 even tells us, “You say you have faith, for you believe that there is one God. Good for you! Even the demons believe this, and they tremble in terror.” And, Paul ends verse 9 by saying, “For God’s way of making us right with himself depends on faith.” And, we know from Hebrews 11:6 that it is impossible to please God without faith.

Paul goes on with his goals in verse 10 when he says, “I want to know Christ and experience the mighty power that raised him from the dead. I want to suffer with him, sharing in his death.” He starts out by saying that he wants to know Christ. The Greek word translated as “know” is ginosko, which means, “to know, understand, perceive, have knowledge of” and it is used as an idiom for intimacy. So, Paul was saying that he wanted to become intimate with Christ. There’s a song that I love called Your Love is Extravagant, and its lyrics say:

You see, that’s how we need to know Christ. We need an intimate knowledge of Him. Paul continues in verse 10 to say that he wants to experience the mighty power that raised Christ from the dead, but he doesn’t end with the good stuff. Paul ends by saying that he wants to suffer with Christ and share in His death. That’s powerful! When was the last time that any of us prayed to suffer with Christ, or share in His death?

So, why does Paul have these goals? He tells us in verse 11, “so that one way or another I will experience the resurrection from the dead!” Paul wasn’t suicidal, he wasn’t looking to die, he just saw his ultimate goal as being with Christ in Heaven. As he said just a couple of chapters earlier, in Philippians 1:21, “For to me, living means living for Christ, and dying is even better.” You see, to the true Christ follower, death is not scary, because we know that it isn’t the end, it is the beginning of a new life.

So, as we set our New Year Resolutions, let’s keep this passage in mind. Let’s ask ourselves if these resolutions line up with Christ’s purpose for our lives. And, let’s start the new year right.